- What problems are you trying to solve within the organization? e.g. lack of motivation, stressful work environment, low employee retention, etc.

- What activities must you follow prior to the training course?

- What activities must you follow during the training course?

- What activities must you follow after the training course?

- How does this training kick-off wider organizational change?

Please sign up on the web form or write to johann@masterbusinesschronicles.com for more information.

Announcing the launch of a webinar: PRINCE2 and SCRUM (AGILE)

The webinar series will cover:

- How SCRUM (AGILE) can be implemented in a PRINCE2 environment

- Detailing the implementation of SCRUM(AGILE) within PRINCE2 Processes

- Detailing the implementation of SCRUM(AGILE) within PRINCE2 Themes

- Detailing the implementation of SCRUM(AGILE) within PRINCE2 Principles

To register your interest in this webinar or to request further information please email johann@masterbusinesschronicles.com with email subject "PRINCE2 and SCRUM/AGILE WEBINAR'.

An MBA Model in 5 mins - the Long Tail

A few years back i was working for an online travel company that sold hotel rooms online globally. Like most agencies a large percentage of their marketing effort was via google. With the bidding war that materialized for words on google it was far from possible to compete for certain words let alone afford to maintain clicks on keywords such as 'HOTELS in SPAIN', 'LONDON HOTELS', etc. The Long Tail of distribution would see one bid for words such as 'Melbourne hotels close to 12 apostles' or 'Sydney hotels close to Granville'.

Candy Crush, World of Tanks, etc. etc. how do they make their revenue? Most of these games are free to play and who really buys those add ons? The fact is when you have such a large fan base the odds are that there would be at least the one or two serious gamers who would pay money for the add ons or bonuses. If there were the one or two in a small sample then how many would there be in a exceedingly large sample? It's these numbers that add up to give the long tail advantage over mass marketing.

The Long Tail deals with a large number of niche products as opposed to a small number of best sellers!

We've also seen the movie starring Liam Neeson - TAKEN. The movie is about a former spec-ops dad and his daughter who is kidnapped while touring Paris with her friend. The two girls are traficked across Europe and taken to be sex slaves. The friend dies while being ravaged and drug induced. The daughter is lucky enough to have a father with  skills in detection, Krav Maga and military proficiency. The daughter is rescued and the bad guys are killed.

"I don't know who you are. I don't know what you want. If you're looking for ransom, I can tell you I don't have money but what I do have are a very particular set of skills. Skills I have acquired over a very long career. Skills that make me a nightmare for people like you. If you let my daughter go now, that will be the end of it. I will not look for you, I will not pursue you. But if you don't, I will look for you, I will find you and I will kill you."

Taken is one of my favorite movies of all time because for one it opens the average guy's eyes to the horrors induced on women, it is action packed and it has the classic movie storyline where an innocent is captured and is rescued by the hero. It is the classic good vs bad movie - the John Rambo, the Commando, etc. etc.

Unfortunately, the world of Hollywood, while being my hope for all TAKEN girls out there, isn't the reality of life. These statistics are horrifying:

- There are more slaves in the world today than at any other point in human history, with an estimated 27 million in bondage across the globe.

- The average age of trafficking victims is 12 years old. Women and children are often kidnapped into the industry or sold into it by family under desperate circumstances. The average age of victims continues to grow younger as clients seek "fresh" product.


“History will have to record that the greatest tragedy of this period of social transition was not the strident clamor of the bad people, but the appalling silence of the good people.”
~Martin Luther King, Jr.

These trafficking 'businesses' follow the basic principles of any business - the supply and demand cycle. To cut off the 'supply' one must deal with the demand. How do we do that -

Do the above tasks seem almost unachievable in today's society?

How can you and I as professionals help?

Personal note: While visiting Washington DC last year I was moved by the memorial of Martin Luther King JR situated close to the Roosevelt Memorial. This was a great man who brought about much social justice and change. MLK's cause was fought and won, but the world we live in sees so much more injustice than we can imagine. I am passionate about contributing to the end of modern slavery and the protection of animals. It is our moral duty as business professionals to do so.


“An individual has not started living until he can rise above the narrow confines of his individualistic concerns to the broader concerns of all humanity.”
~Martin Luther King, Jr.

THANK YOU TO ALL MY VIEWERS!!

For anyone who missed it, here it is !

This week's photo is the New York skyline taken over Dec 2013. This photo also heralds new beginnings at MBC. Watch this space in 2014. 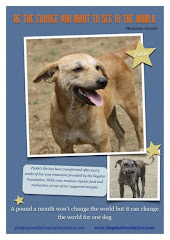